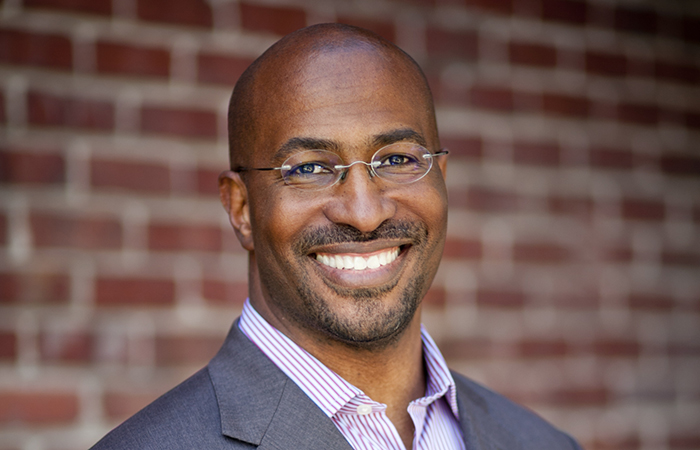 Jones is a Yale-educated attorney. He is the author of two New York Times best-selling books, The Green Collar Economy (2008) and Rebuild the Dream (2012). The second book chronicles his journey as an environmental and human rights activist to becoming a White House policy advisor. He was the main advocate for the Green Jobs Act. Signed into law by George W. Bush in 2007, the Green Jobs Act was the first piece of federal legislation to codify the term “green jobs.” During the Obama Administration, the legislation has resulted in $500 million in national funding for green jobs training.

In 2009, Jones worked as the green jobs advisor to President Barack Obama. In this role, Jones helped to lead the inter-agency process that oversaw the multi-billion dollar investment in skills training and jobs development within the environmental and green energy sectors.

Jones has been honored with numerous awards and spotlighted on several lists of high achievers, including: the World Economic Forum’s “Young Global Leader” designation; Rolling Stone’s 2012 “12 Leaders Who Get Things Done”; TIME’s 2009 “100 Most Influential People in The World”; and the Root’s 2014 “The Root 100.” He is presently a fellow at the MIT Media Lab.